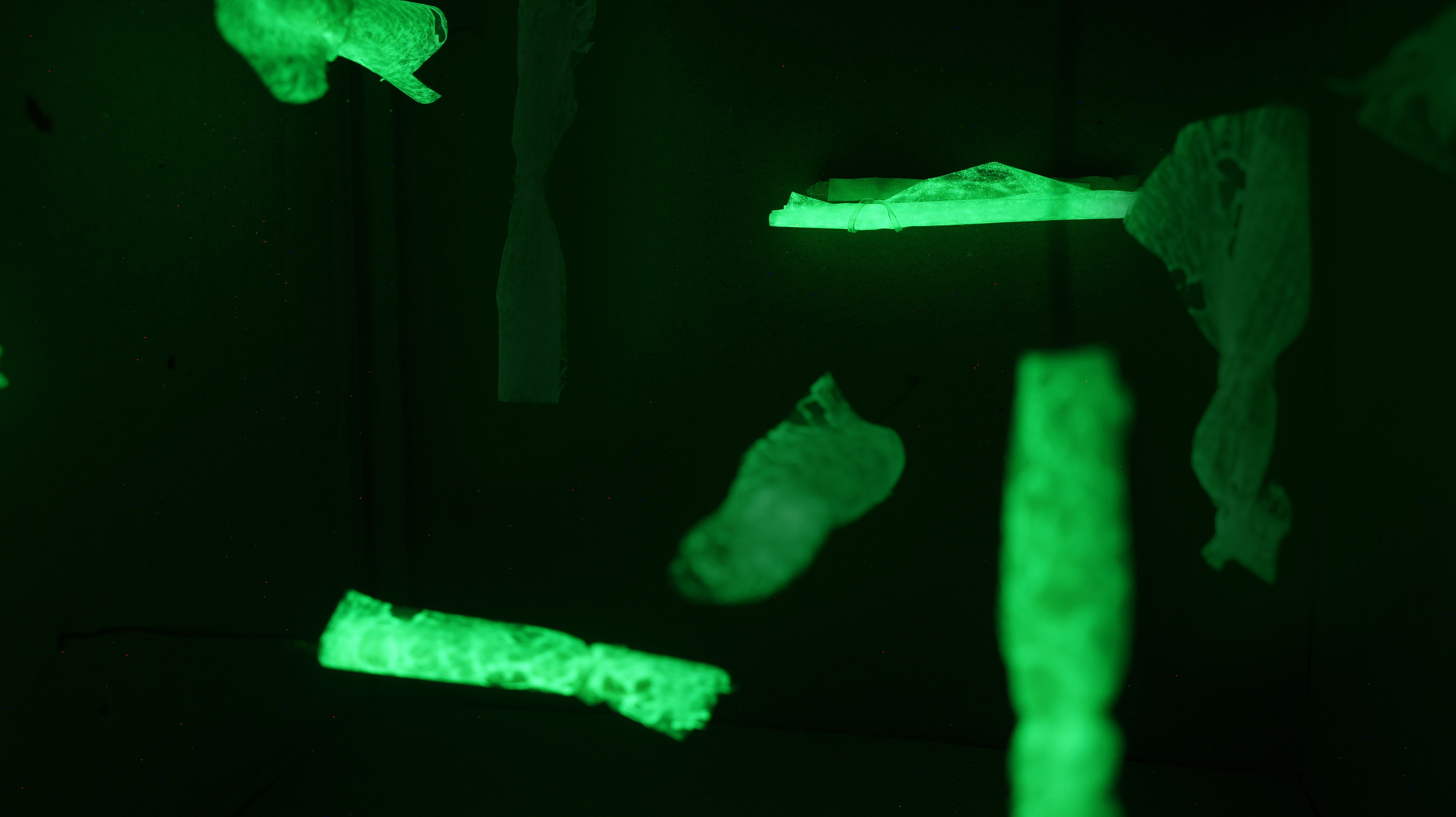 Twelve light sticks are arranged in a darkened eight-cubic-metre room. They are switched on and off by using control units. Phosphorescent covers connect the light sticks to form a spatial structure. Darkness, light (passive and active), time and the three-dimensionality of space are the main actors of the setting, which is called Luminophorium in its entirety. Luminophores (Latin lumen 'light', Ancient Greek φορός phorós 'load-bearing') are substances that glow in the dark after being irradiated by light.
-
The Luminophorium, an experimental arrangement in the sense of a light imaginarium, is a spatial-sensory experience in which the viewer is thrown completely back on himself. Only by pausing, only by constantly sharpening one's senses, does the experiential space open up.

In the closed cube Locus Lux Ludens, a place for playful experimentation with light, two artistic positions are presented that turn specifically to the phenomenon of phosphorescence/(chemo-)luminescence and explore the state of light, whether “passive” (= illuminated) or “active” (= self-luminous), in different ways. The second work in the cube is entitate luzitransis [№ I+II].

Astrid Benzer (AT) born 1972 in Wels. Studied Visual Media Design and Experimental Visual Design at the University of Artistic and Industrial Design in Linz. Lives and works in Marchtrenk and Linz in the crossover jungle of art & graphics. http://astridbenzer.com